This is a last minute concert ticket checking and buying that MC and I would never regret. 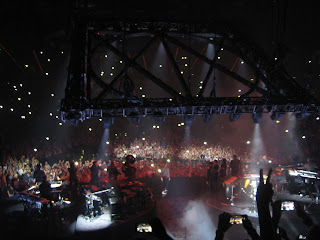 It was an impulse to simpy check the scheduled concerts around us two weeks ago and then we saw that Justin Timberlake's Man of the Woods World Tour added another venue, the SAP Arena in Mannheim. Why not? I told MC, who paid for both of our tickets (she started working part-time early this year), to just go for the cheapest seats. After all, we have been to the the concert venue a few times for various events and we know how it would look like. 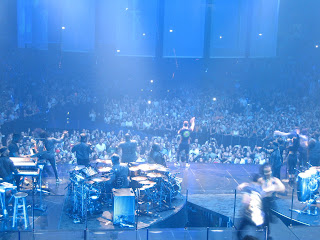 The cheapest by Eventim online was around 50-80 Euro. We settled for the tickets costing about 70 Euros. That same night, we bought the tickets and got them after three days. 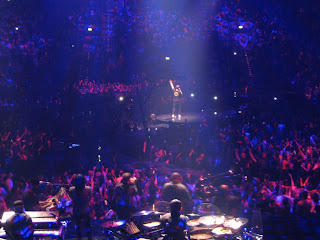 And what can I say? We had an amazing Justin Timberlake-full night! Even though we are not really fans, though we really love his songs :-)

Since MC and I were present in three Justin Bieber Purpose Tours a few years ago, she was surprised that the merchandise area were not so busy and of course, that there were no long, lines of fans wearing JT t-shirts and waving posters already crowding the arena. I told her that it's because the JB fans are much, much younger compared to the JT's.

JT's concert was great. The arena was almost full. The crowd enjoyed the whole show, even the front acts. Everybody stayed on their feet the whole time. 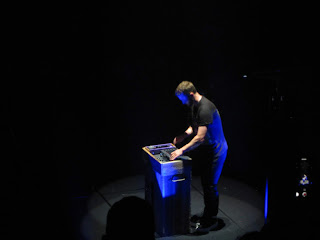 Hmm,  except maybe during the time when JT introduced some of his band mates while having a bonfire and making everyone sing a number. That was a very relaxed atmosphere before he ended the concert with his top hits that further rocked the crowd to full craziness. 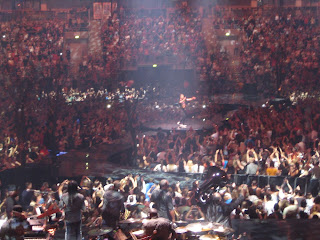 And MC asked me in the middle of the concert, 'Mama, JT looks so old already.' What can I say, I realized that, too, because despite our 70 Euro ticket, it gave us a better view of the stage and the performers. But again, MC is turning 17 this year. So I guess, JT is not staying young, unlike like me (young at heart, that is!) :-) 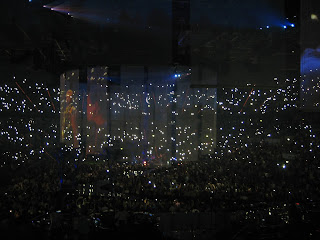