Yesterday was Maundy Thursday. It a normal day here in Germany. In the morning we drove to the meat shop and bought beverages. Then later that day, I was with the girls and a friend of MC in the city. We have a list of things to do: arrange for a birthday table for IC in a toy store, borrow books in the public library and watch a movie.

I told the girls that in the Philippines, Maundy Thursday is already a holiday. Business establishments are closed including malls and restaurants. Television and radio stations broadcast Lenten-themed shows on limited hours and newspapers stop publishing. And most people would be out of the house because of the Visita Iglesia. Visita Iglesia  means Church Visit in Spanish. It is an ancient practice of visiting seven churches (some people visits more than seven churches); and praying the Stations of the Cross.

Good Friday is a religious holiday, in Germany and in the Philippines. In both countries, meal plans change because most people skips meat and instead goes for seafood and such.

But I miss the way the people in the Philippines passionately and religiouly commemorates this day.

There is the Penitensya (Public Penance), it is a very old ritual in the Philippines, where people inflict wounds on themselves, in a group and in public. It has become a tourist attraction in some towns.Then there's the Cenakulo (Passion Play), a stage play depicting the passion and death of Christ.

I didn't realize that the passion play in our town is celebrating it's 110th year! In fact, according to a research by Edgar Granada, (his father is third generation Cenakulista (member of the passion play); it was given the distinction as ‘the oldest continuing play of its sort in the Philippines’ by the National Commission for Culture and the Arts.

And I proudly present some Cenakulo photos courtesy of Edgar Granada: 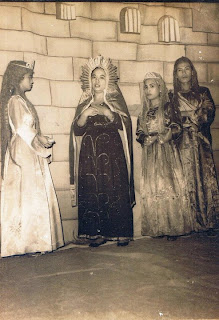 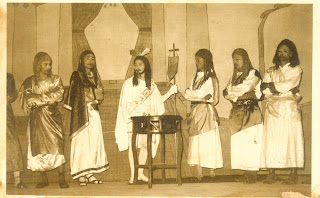 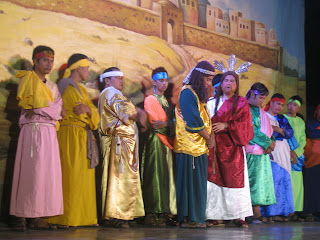 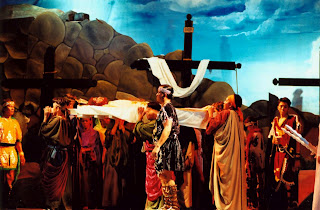 Oh, I am proud to let you know that in 2009, my girls became a part of the passion play when they dressed up as angels during the 'Way of the Cross.' This means the town streets became the stage, and a lot of people are always present to create an organized and smooth-flowing play on the move. Audience from all over the world come to watch this. 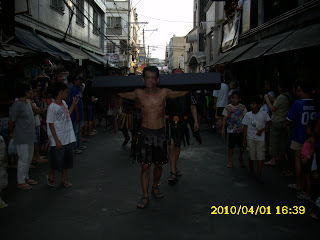 Then there are the other 'odd' traditions which I could not resist informing my husband and the girls. I remember that my mother would always tell us to take a bath early in the day because after 3 p.m. (the supposed time of Christ's death), we are not allowed to take a bath anymore; that means we have to wait the next day. Of course, there is no more watching television nor radios; unless the program is about Lent. Sweeping on a Good Friday is a big no-no. And travelling? Of course, not! We are supposed to stay at home, athough a short church visit is ok. And on our dining table, there's ONLY fish and rice.

This Good Friday, the family took a short hike in the woods. As a tradition, we usually drive to a fishing farm to buy our dinner, but the girls requested for spinach with mashed potatoes instead. And then, we are adding more Easter eggs to our collection, therefore egg coloring time tonight!
Posted by raqgold at 6.4.12