Our 12-year-old girl declared she's not joining any Carnival party this year. What a complete turn-around when she was present in most of the Carnival parties the past years! Well, we can't force her if she's not interested right?

IC was a bit hesitant in attending a Carnival party because she doesn't want to be alone. I told her it would be our date and that I am sure she would find some of her friends at the party, too. She just could not resist the promise of sweets which are being given away at the end of the party, plus she wanted to show-off her new Indian costume.

The Carnival party was called the Weinheimer Blüten Kindermaskenball (Kiddie Masked Ball) and we have been attending their festivities for the past three years now. I love how they encourage a group of youth to show-off their theatrical and dance skills. They even have a different princess every year. They used to fascinate both girls, though MC's fascination got switched off this year.

To have the best place, one had to arrive a bit early. This year, IC and I were there half an hour earlier and got our usual almost front seats. We didn't want to stay in front because there's a lot of going on in the middle of the dance hall and it would be hard to be moving around, especially if we would end up sneaking out earlier than planned.

The dance hall was filled a few minutes before the party began.

It was the youngest dance group march into the dance hall that started the ball rolling, and they were followed by the most important figures of the club, including the guards and the princess.


Then the program started, with the youngest dance group performing for the enthusiastic crowd, a mixture of young and old, mostly wearing costumes! What fun to just look around and find interesting costumes.

The youngest dance group started the first Polonaise! And people eagerly joined, creating a very long line. The Polonaise dance is like a line dance but unlike the American line dance, it is performed by a group of people going around the dance floor. It used to be know as a dignified ceremonial dance during royal ceremonies. 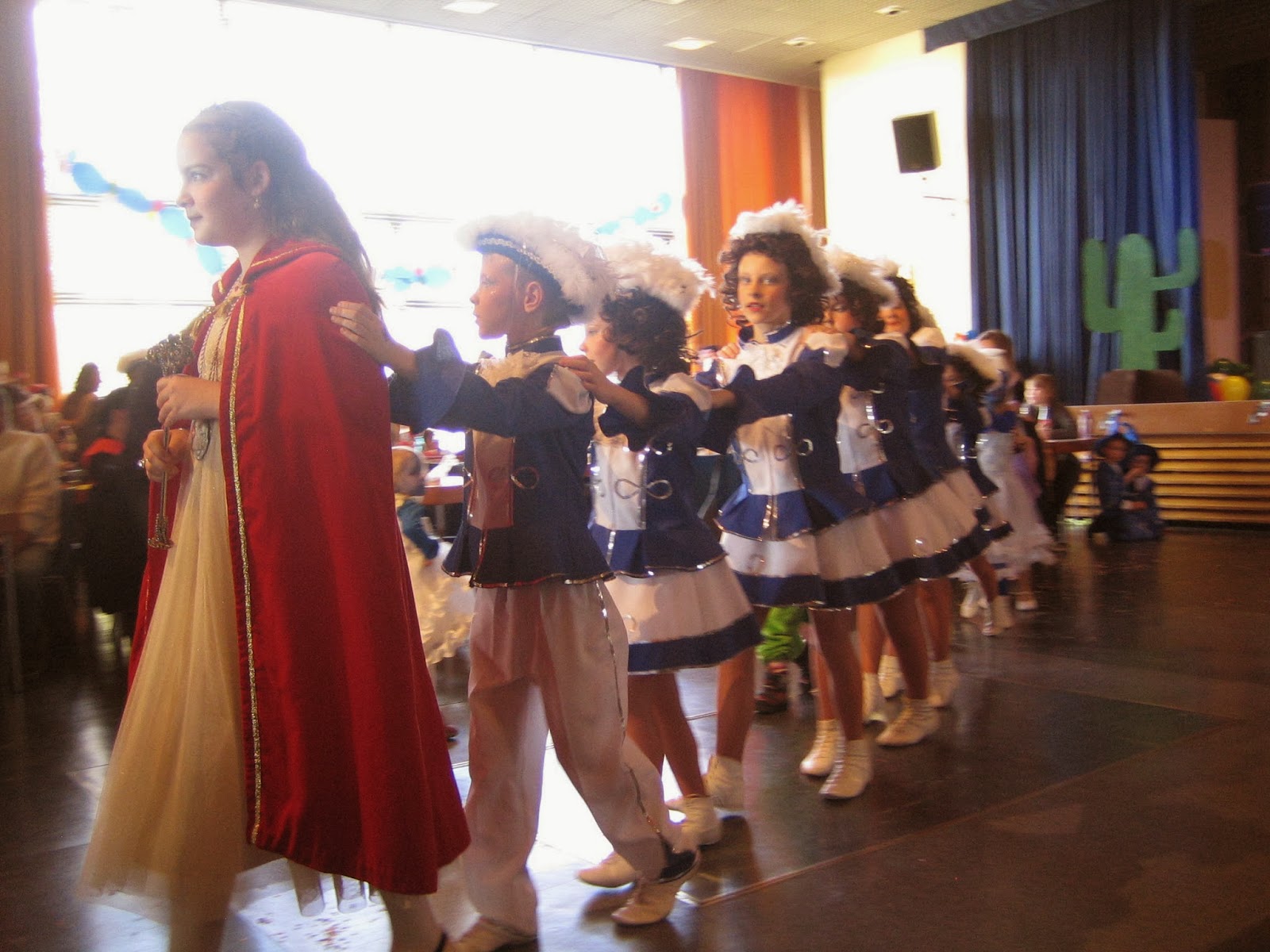 The princess and her guardsmen joined, too.


The program was colorful, funny and short enough to really capture the attention of the young ones. The kids sat in attention most of the time.

Of course, there are fun games, too. And just about everybody joined: not only the kids but moms and dads, grandpas and grandmas, etc.


There were more games and performances but the highlight of the show could be the Balloon Man. As the name suggests, the man created different shapes out of different balloon colors. He would ask the kids to guess while he manipulated the balloon and that made real noise in the house. He was magical in his skills, too.

After the Balloon Man, another group of dancers strutted their talents on the floor, that started another round of Polonaise, too.

The much awaited part of the program would be the last part because it is the time for the shower of sweets in the dance hall. Enough sweets to last a year would be thrown and kids and adults would be scampering to catch them, too.

Well, IC loves this part very much that she would always bring her own props like a hat or a big bag! This year, she brought home enough sweets that she graciously shared to her sister.

I am glad she enjoyed her Kids' Day alone with me at the Kiddie Masked Ball. MC enjoyed the day, too, with her Papa with a short hike in the wood.
Posted by raqgold at 11.3.14