I did promise IC that we would celebrate Fasching at home right? I had to move it on a Saturday though but despite that, we had a blast!

So, how do you start a Fasching (Carnival) party at home? With the most important thing, the food! Fasching would not be Fasching without Berliner! Berliner is tradionally a German doughnut filled with marmalade.
I had to call my husband to bring home some Berliner for us. There were more than enough choices at Backerei Bürck (Bürck Bakery) so he informed us to just go to the bakery, choose our favorite Berliner flavor and we could watch it being prepared right in front of us. We got Berliner with nougat, marmalade and vanilla-egg liquor, plus six pieces of Berliner without fillings.

Upon arriving at home, we decided to dress-up our dog first. The photos were achieved because of loads of dog treats :-)

After getting all the treats, Rikki got to rest and we started setting up our party table. 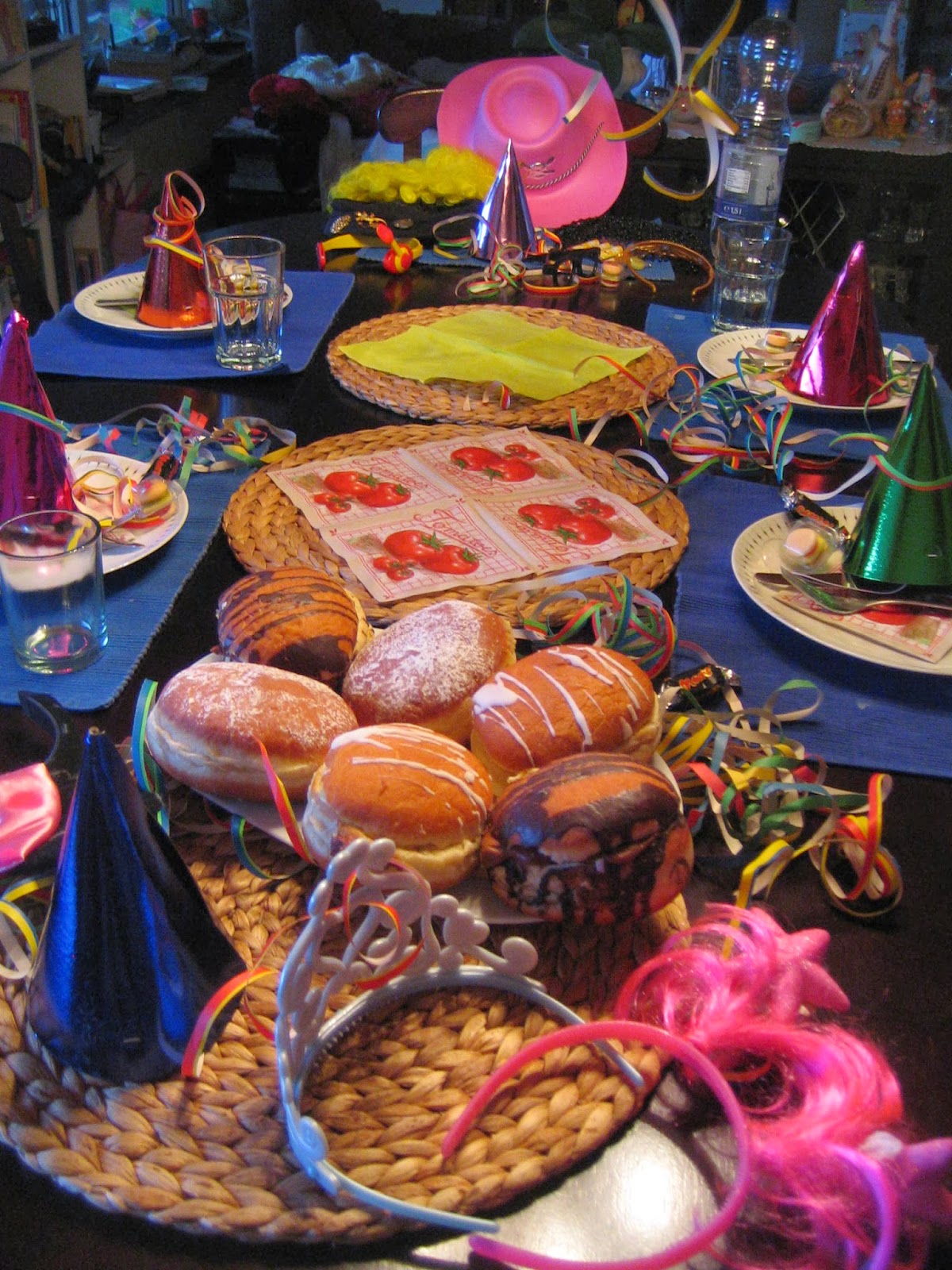 My husband cooked and I helped him by playing DJ, spinning the most popular Fasching/Carnival songs, while IC excitely listed down the games that we should play. MC absolutely refused to join us. She said nobody from her class is celebrating the feast anymore.


MC didn't join this game, though she was present when we played the 'Name that Tune' game. She also refused to dance and to join the Polonaise (a dance performed by people walking around the dance floor/hall). IC had a great time while Rikki doesn't understand the excitement so she was jumping around the whole time.