The Best Teacher, The Best Classmates 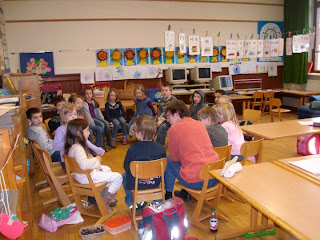 I have posted about my six-year-old's difficulty in adjusting to her new school and how a teacher's support helped her to be more optimistic and had at least, stopped her mournful tears almost every school morning.

Now it turned out that through her playmates, who used to be her former classmates; told her former teacher that IC is having problems. Last week, IC received a small package filled with cut-out hearts with lovely words on them from her former class; plus a card from her teacher.

The package was delivered by a postman to the school. Imagine IC's happiness when it was given to her in her new classroom, with her new classmates, in front of her new teacher.

And the messages in the letters, though short and sometimes filled with a little spelling wozzy as expected from first graders; made IC very happy. She showed us the package and started reading the letters to us. When a letter mentioned for her 'to stop crying' -- she stopped and with confusion asked us, ' How could they know I was crying? I wonder who told them that I was crying?.' Of course everybody just shrugged; and IC shrugged it of, too.

The main things is, IC confirmed again how her former teacher is the best; how her former classmates are the best. 'I love what they gave me so I am going to write them a letter, too,' she said.

And so her letter goes: 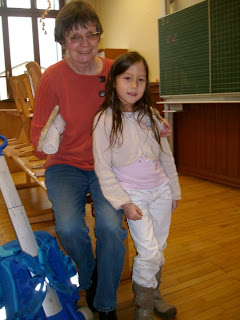