We celebrated IC's 4th birthday at home but she had to go through two parties before the birthday celebration could settle down. The second one was held, instead of in kindergarten, in the woods - as it is her age group's schedule for an outdoor adventure.

What to do? Papa was ready to cook spaghetti in kindergarten, as was IC's request; but we had to skip that idea as bringing spaghetti and sauce in the woods is not practical. I decided to simply bake mini muffins, and prepared some easy to eat fruits and raw veggies such as grapes, cocktail tomatoes, bell pepper, apples, and carrots.

The kids marched into the woods at 9 am and we met with them in the picnic hut at 10:30 am. And here's what we saw: 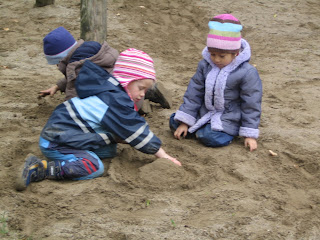 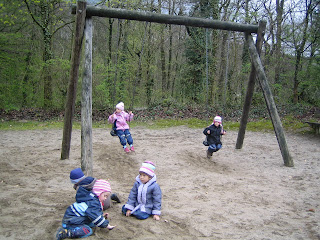 They just arrived from their hike and are supposed to be taking a break. And then I got to arrange the birthday table together with one of their teachers and the party began! 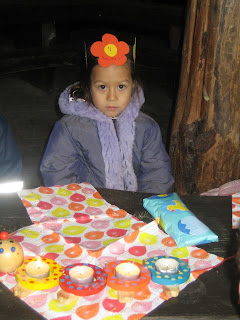 IC got her traditional birthday crown, and most appropriate in the woods, she got a flower crown. And of course, the four candles! 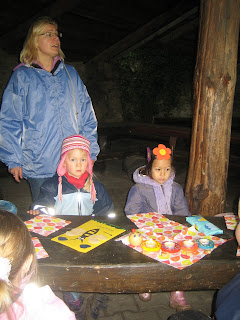 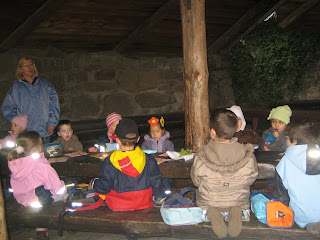 And after the snack break, the kids took off to play again. Oh, how they love the mud :D 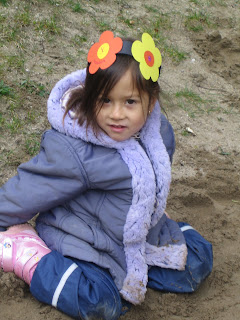 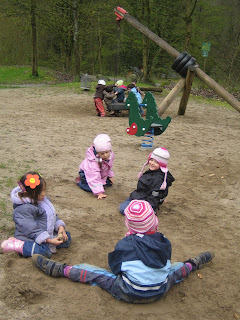 And then in the afternoon, IC's kiddie party began with chaotic choosing of costumes. Since it was supposed to be an Ariel party, the Ariel dress is ready; but of course, IC wont wear that as she's having this 'terror' phase. She had to choose from at least three costumes before settling for a ballet dress. 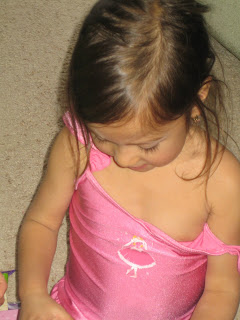 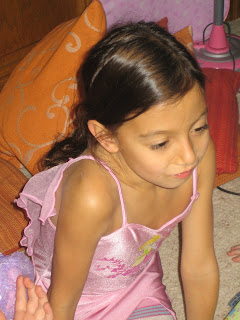 Of course, MC decided she dont want to wear the Belle dress; instead, another ballet dress. 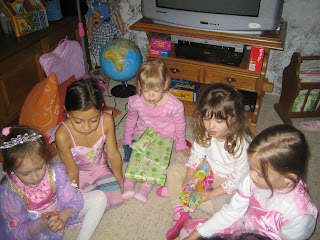 The first game of the day, spin the bottle -- the rule: the one where the bottle stops should give her gift to IC, and so on until all have given their gifts. 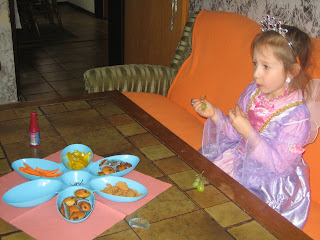 The finger food on the table are like those in the woods: mini muffins, carrot slices, bell pepper slices, some nuts and dried fruits, and grapes. The photo shows Livia. 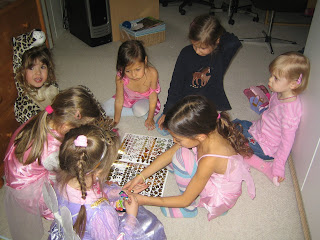 MC is a big sister during this party. Although she's got a couple of her friends be invited by IC, she didnt disappear to play with them, instead, she created activities to keep them all busy. 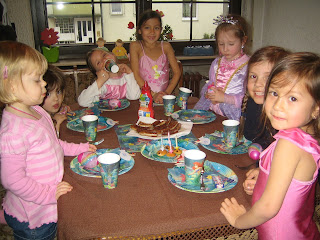 Happy birthday to your sweet IC!!