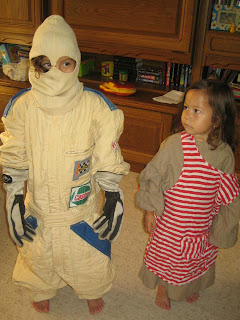 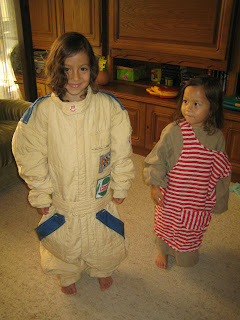 It was a horrible crash at yesterday's Formula One race in Canada which we viewed with dread. Even the kids took time from their book reading to watch the crash being repeated on the screen.

The repeatition of the crash was so riveting that we completely forgot the effect of showing something this horrible to the kids. They also watched with bulging eyes and asking, 'why did it happen?'

What can we say? Papa, who used to be a car racer, told them that such a crash can always happen when the people are driving their car so fast.

MC asked back,' why do they want to drive so fast, then?'

To which the papa replied, 'my darling girl, this is a race. The one who drove the fastest would be the winner.'

I took the opportunity to remind the kids then to be good girls when mama or the papa is driving. 'As we must also concentrate on the road, for anything can happen.' They both nodded eagerly. After more than an hour of waiting, the good news -- the driver involved in the car accident survived with only bruises. What a miracle! Though as my hubby told me, Formula One's technology is really becoming better and better. Seeing the crash and the way the car scattered into pieces and tumbled a lot of times, he said, nobody could really survive that.

We are happy to announce this news to the kids. I guess papa was pestered with more questions about his car racing days because he suddenly reached into the dark corners of our storeroom to show the kids his car racing suit. Thus, the above photo.
Posted by raqgold at 11.6.07